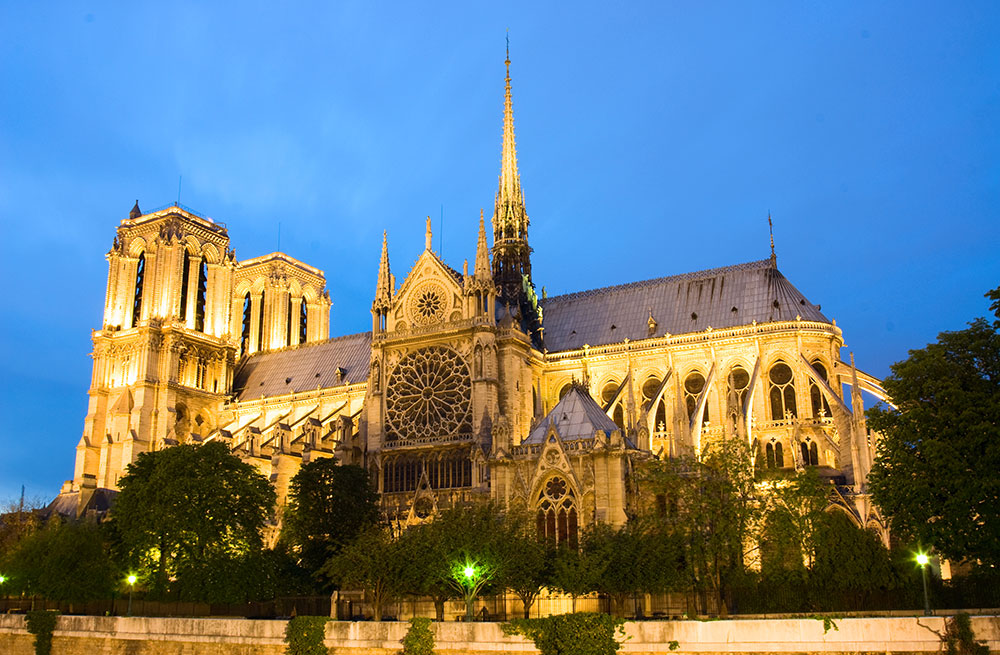 Thankfully, the main structure of the building was unharmed. It was apparent that the fire started from an electrical short. Following protocol, the firefighters knew to keep the water pressure low and avoid spraying the stained glass windows so the cold water wouldn’t shatter the hot glass. They were able to save the buttresses, towers, facade, walls, and stained glass windows.

Restoring of an 850-Year-Old Cathedral

President Emmanuel Macron said the cathedral would be fully restored. He vowed to reopen Notre Dame by 2024. He has appointed a military general to lead the operation, involving many government agencies. President Macron launched a fundraising campaign and raised over €1 billion.

Materials for this project are being sourced from the same location as the original construction, with precautions being taken to prevent any similar disasters from happening in the future.

There is a debate over whether they are using traditional or more modern methods to rebuild the cathedral. According to BBC News, 11 months after the fire, in March 2020, there were workers seen scaling the building starting on reconstruction!

We are thankful and excited that this beautiful masonry structure will be saved!